5th Ray and the Mental Plane

THE FIFTH RAY & THE MENTAL PLANE

Previously in my book Becoming Human, I introduced Bailey’s notion of what she calls the “Seven Rays.” These are seen by her as being seven streams of divine energy that each make a certain quality become more dominant at the time they emerge. These Seven Rays in general are as follows: 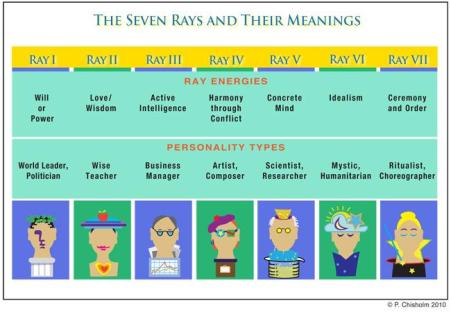 In the chart above you will notice two things. The Rays act as “energies” that affect everyone, like rays of sunshine effect everyone. However, some people have more affinity, or are imbued with, a ray energy more than others. That Ray becomes part of their “type.” This distinction is important because each ray is said to impact one of the Seven Planes in Bailey’s model. This means that Ray Five is said to be associated with the 5th plane known as the Mental Plane. The Fifth Ray in the Bailey books is called a variety of names including the Ray of Concrete Science and Knowledge, Scientific Understanding, Exactitude in Action, and Practical Science. Though Bailey has a lot to say about the Fifth Ray, I am only giving a brief summary about it here.

In general regardless of what ray type you have (a politician, a teacher, a scientist, an artist, a devotional person), if you shift your primary focus of consciousness onto the Mental Plane you will take a more scientific approach to life. Any scientific approach involves the following: 1) an attempt to objectively observe something (be it our physical world or the content of our minds); 2) the creation of certain hypotheses and a desire to test our hypotheses and assumptions; 3) performing certain experiments to see if they do in fact produce the results you expect from your hypotheses; 4) a need to replicate results from the experiments we have performed so that we can verify the probability that the results are accurate.

As we move up the subplanes of the Mental Plane in this book, you will see how this is so. For some “ray types” the method of scientific inquiry will be easy to develop. For other “ray types” it will be more difficult. Also, some subplanes of the Mental Plane will be easier for various types to master than others. For example, here are some of the qualities Bailey attributes to someone who is a Ray Five type: “Special Virtues: Strictly accurate statements, justice (without mercy), perseverance, common-sense, uprightness, independence, keen intellect. Vices of Ray: Harsh criticism, narrowness, arrogance, unforgiving temper, lack of sympathy and reverence, prejudice. Virtues to be acquired: Reverence, devotion, sympathy, love, wide-mindedness. This is the ray of science and of research.  The man on this ray will possess keen intellect, great accuracy in detail, and will make unwearied efforts to trace the smallest fact to its source, and to verify every theory.  He will generally be extremely truthful, full of lucid explanation of facts, though sometimes pedantic and wearisome from his insistence on trivial and unnecessary verbal minutiae.  He will be orderly, punctual, business-like, disliking to receive favours or flattery (Esoteric Psychology, Vol. I, pp. 207—208).” Another quote: “For the fifth ray, the method of approaching the Path is by scientific research, pushed to ultimate conclusions, and by the acceptance of the inferences which follow these. (Esoteric Psychology, Vol. I, p. 208).”

When we apply these keywords to the Mental Plane we can also get a quick overview of some of the benefits of liabilities of development on this plane. The Mental Plane we learn can help us develop our intellects, but can also cause us to lack love, sympathy, and devotion. On the Mental Plane we will have more common-sense and be more accurate in our perceptions and understanding of the world. But, we can also become more narrow and arrogant leading us to think we are being objective, when we are not. We will also see that the vices of the Fifth Ray are more common on the lower subplanes of the Mental Plane, and the virtues are more common on the higher subplanes. Also, once we get to the higher subplanes, we will discover that love, compassion, reverence, devotion and sympathy will be in place.

One final comment, what Bailey is suggesting then in this model is that even when it comes to spiritual development there needs to be a scientific approach. Especially when we reach the Plane of the Solar Angel where the Abstract Mind (as Bailey defines it) is in play more, this scientific approach is needed. A note of caution, however. Just because the words “scientific” and “mind” are used, it does not mean that at the higher subplanes of the Mental Plane we are engaging in thought as most people understand it. We are not “thinking about” these higher realms. But, we are using a scientific approach in regards to certain meditative and spiritual practices to see if we get results, and to prove to ourselves the veracity of the various spiritual techniques and theories we are working with for ourselves. If the methods we are using lead to the transformations in consciousness others claim they do, then our own scientific inquiry has proven it out. That is a vital part of the Mental Plane and proof that someone is on the Mental Plane in their consciousness is evidenced by their interest in a scientific approach.

For example, lets look at a person who is told to chant Hare Krishna, or Hail Mary, Mother of God, sixty-four times on their 108 mala beads every day for 108 days because if they do so their teacher tells them will feel closer to Krishna, Mary, or whoever. Now let’s look at how two ray types, the Sixth Ray devotional type and the Fifth Ray scientific type might approach this statement when they are on the Emotional Plane or the Mental Plane. On the Emotional Plane both the Sixth and Fifth ray types are likely to have difficulty following through with the experiment. For the Sixth Ray devotional type he or she will most likely approach it sporadically and then berate him or herself for being a spiritual “flunkie” for not chanting as told. Now, guilty , sad, angry feelings may arise that lead to all kinds of psychological complications. In the end the person continues to “believe” the chanting works, but has no real knowledge if it does or not. For the Fifth Ray type most likely the chanting will not be pursued at all if his or her skeptical “prove it to me first before I try the experiment on for myself” emotionally reactive mindset kicks in.

On the Mental Plane, it is probably likely that the Sixth Ray type would succeed in going through this kind of spiritual experiment more quickly than the Firth Ray type. The devotional nature of the Sixth Ray person will cause that individual to simply dive in and see what happens. As for the Fifth Ray type, a number of questions may have to be answered first before the experiment is tried on. “Who is Krishna?” “Why should I chant to people, Krishna, Mary, who may not even be real?” “Why 108 mala beads?” “Why 108 days?” “Why sixty-four times, why not thirty-two?” “How many other people have gotten results doing this kind of experiment? Who are they? Where are they? How do I know I can trust what they say or that the results they claim to have gotten are real?” The advantage of the Sixth Ray approach is the person is much more likely to undergo the chanting experiment quicker and know what the results of the experiment were for themselves. The disadvantage is that the Sixth Ray type may have their own personal experience, but not enough thorough knowledge to know how to describe what they experienced or how someone else could get a similar result. The advantage of the Fifth Ray type in their approach to the experiment is that he or she will have a very detailed and thorough knowledge of why and how the experiment of chanting on mala beads worked. For this reason he or she can give a more detailed explanation of what happened and why to others. The disadvantage of the Fifth Ray type is that the endless search to have all questions answered before the chanting experiment is even started, can mean he or she gets way too bogged down delaying the attempt at the chanting experiment for way too long. 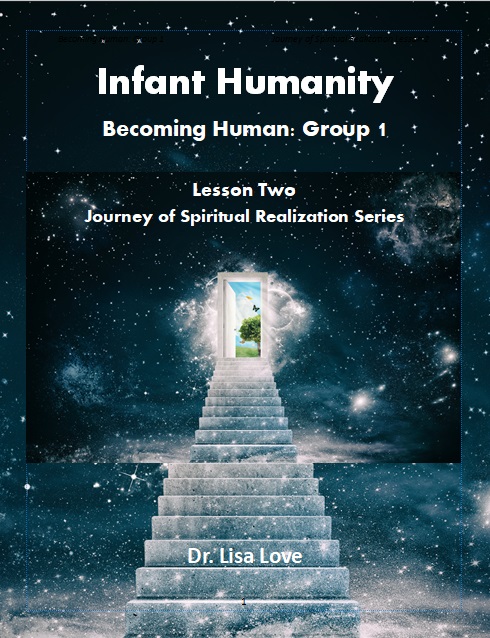