BE ONE OF THE FIRST TO RECEIVE A PDF OR HARD COPY OF THIS BOOK.

As if the Bailey model wasn’t already complicated enough once again we have another set of terms known as the “Chela Names” designed to describe more specifically stages of growth as we move onto the spiritual path. The word chela comes from a Sanskrit verb root and essentially means “to serve.” A chela is essentially a spiritual student, or follower, of a particular teaching or spiritual teacher. In classic Hinduism, and also Vajrayana Buddhism, the bond between a teacher (guru, lama, master) and student is considered sacred. In many ways the bond between a chela and a teacher is a lot like the bond between a parent and a child, in that the tie is said to be very close and is very hard to break. Therefore it is the responsibility of the chela not only to serve the teacher or guru, but for the teacher or guru to serve the chela. We will explore part of this bond as we go through the Chela Names in the books Becoming Soul and Becoming Spirit. For now, simply understand that the Chela Names only start in the Bailey model once someone is more officially entering upon the spiritual path.

The Chela Names then are made up of the following titles:

As we prepare ourselves for a brief overview of Bailey’s “Six Stages of Discipleship” involving the six Chela Names, avoid the temptation to see them as a means to get in touch with some sort of Master. The notion of becoming part of an ashram (or spiritual community) where you will become a chela, or disciple, of a master/guru/lama comes primarily from the Eastern religions of Hinduism and Buddhism (though we find it in ancient Christianity where Jesus was like the Master and his apostles were like his disciples). Unfortunately, the New Age movement in recent times in the West has grossly distorted the ideas behind the Master/Chela relationship, where a multitude of people now claim to be in touch with masters, enlightened beings, angels, and aliens primarily through the method of channeling. For Bailey the main Master you are in touch with is your own Soul. Later, the Master will be what she calls the Monad. And, though Bailey recognizes the idea of being in touch with a human master/guru/lama, her criteria for having that kind of contact is far more difficult than most people who claim to be in touch with a Master would acknowlege. Keeping this in mind here are the Chela Names.

Little Chelas are precisely that — little! They are young, or new to, the interior practices involved with spiritual life and work. Because they are just emerging out of Group Six they tend to be overly dominated by the desires of the Integrated Personality typically pursuing spiritual paths that let them have it all materially and spiritually. This means the spiritual path is viewed as a means to get all the goodies that the Integrated Personality has long worked for (in the way of money/security, pleasure/sex, and power), while being seen as spiritual in doing so. If possible they may even seek to leverage their spiritual and material status to make them seem god-like, or way more evolved spiritually, than they are to others in hopes of getting followers.

Spiritual Selfishness. Still despite the initial selfishness hidden under a spiritual mantel, “’spiritual habits’” are beginning to form and are becoming more “steadily established” Discipleship in the New Age, Vol. I, pp. 715. Especially at the Aspirant stage (and still somewhat at the Probationer stage), these spiritual habits are pursued sporadically and typically they are only engaged in earnestly if one gets an immediate benefit out of them. Bailey also says that the Little Chelaship stage “is one of pure mysticism and of selfish spiritual purpose. The recognition of group relationship is missing; the knowledge of group inclination is not present; there is no true, unselfish desire to serve. There is only a vague desire for personal liberation, for personal integrity and for personal lasting happiness. This has to be changed into group emancipation, group cohesion and group joy” Discipleship in the New Age, Vol. I, pp. 715. Enlightenment then for the Little Chela is pretty much equated with having mystical experiences (called state experiences in the Integral movement). Essentially enlightenment is more about getting “high” than it is of being of real use or service to humanity. For Little Chelas service to humanity may seem too rigorous, dull and not very personally satisfying. It is much easier to get into state experiences (through sex, drugs, and spiritual practices that make one “high”), then it is to work with groups of people who may have clashing opinions and needs, while trying to make paradigm shifts for the betterment of humanity and the overall world.

Spiritually Unstable. Bailey also says, “The aspirant at this stage runs from one teacher to another, according to inclination, opportunity and necessity. He is an example of instability but is carefully watched by the disciple who has transcended this particular stage of volatility; his task is to see that the aspirant escapes from this ‘network of futility,’ as it is sometimes called, and that he gradually settles down to the later stage of interior investigation” Discipleship in the New Age, Vol. I, pp. 716. In other words, the Little Chela is frequently involved in what has now become known as going through the spiritual smorgasbord, trying out various teachers, teachings, and techniques without committing too long to any one path. The reason for this movement about is because Little Chelas, especially at the Aspirant stage, are primarily about breadth and not depth. As the Little Chela becomes more of a Probationer Disciple more depth may take place, especially as one becomes devoted to a teacher or teaching, often in a naive way that may lead to great disappointment and disillusionment, when that teacher or teaching fails them (or if the Probationary Disciple has prematurely set oneself up as a teacher, this will happen when the Probationary disappoints others).

Emphasizes Physical Disciplines. In my book Becoming Soul, I talk at length about how the Aspirants and Probationary Disciples are first inclined to follow the physical disciplines like hatha yoga and vegetarianism. Part of the reason for doing so at this stage is due to a mixed motive. The physical disciplines after all are in many respects the easier disciplines compared to what is later required on the spiritual path. And, physical disciplines are much more likely to bring about immediate rewards like being abel to maintain the youth, vitality and attractiveness of the physical body, while at the same time becoming more attractive to others, or finding ways to feel more special and superior compared to other people around them. Little Chelas are also inclined to gravitate to the modern distorted versions of tantra practice, which in our modern era is often a veiled excuse to indulge in sexual license under the guise of liberating the “feminine” from her sexual oppression. Probationary Disciples also tend to get involved in altered state experiences through the use of drugs, or for the purpose of going into trance like states where they can contact beings from other realms who they may then channel. Some of the reasons for being drawn into drugs, the physical disciplines, and sexual license may be because the Probationary Discipleship stage Bailey states, is a recapitulation of Lemurian consciousness, where the drugs, the physical disciplines, and sexual license were heavily indulged in (Esoteric Healing, pp. 58, 228; FIND ADDITIONAL REFERENCE). In the end, what we see is that Little Chelas gravitate towards these kinds of practices first because of their own ignorance regarding deeper spiritual realities, and second because it feeds their Integrated Personalities’ needs to further justify their needs to have unlimited money/security, pleasure/sex and power under a spiritual guise.

CHELA IN THE LIGHT 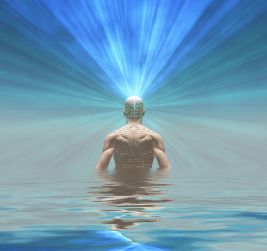 The Chela in the Light stage actually comes at the tail end of Group Seven. Both the Little Chela and the Chela in the Light are going through the First Initiation, or the first expansion of consciousness. (Note: to get a more extensive understanding of the First Initiation read the eight chapters in Section Four of my Becoming Soul book).  Whereas Little Chelas are preparing to take that initiation, the Chela in the Light actually goes through it and then takes some time to absorb and sort out the various associated phenomena and explorations that went on when the First Initiation occurred. This “absorption phase” is connected to something Bailey calls  the “lesser revelation.” She states, “The chela in the Light is one who treads the way of what is called ‘the lesser revelation’—lesser because it is concerned with the revelation of that which must be done in the personality life; it is not the way of the higher revelation of divinity and its nature. It is the revelation of that which is already manifested and not of what must be manifested. Ponder on this. The searchlight of the soul reveals faults in character, limitations in expression and inadequacies in conduct. These must be intelligently corrected” Discipleship in the New Age, Vol. I, pp. 727.

The rest of this chapter has been removed. To read this chapter in full BECOME A PATREON SUPPORTER. BE ONE OF THE FIRST TO RECEIVE A PDF OR HARD COPY OF THIS BOOK.

Copyright © 2020 by Lisa Love. All rights reserved. No part of this blog may be reproduced or transmitted in any form, or by any means, electronic or mechanical, including photocopy, recording, computer, or any information storage and retrieval system, without permission in writing from the author.