Chela Within the Aura, I – Solving the Problems of Humanity 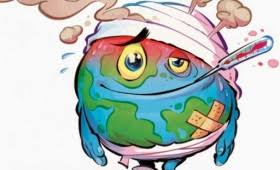 This post looks into more detail at the stage known as the Chela in the Aura and how the person at this level is involved with the Problems of Humanity.  It also makes some brief references to the Integral model in regards to this level of spiritual development.

Concerned With Problems of Humanity.

As one moves closer to the stage of Chela Within the Aura, increasingly the “contents of consciousness” become more globalized in concerns.  In the Integral system they put the start of this kind of global concern at the Green level.  I have matched that Green level up with the Alice Bailey level of Little Chelaship, which matches with the notion of being an Aspirant or Probationary Disciple. Chela in the Aura is quite a few levels above Little Chelaship so what is going on here?

I think it is important to consider the words Aspirant and Probationary Disciple.  The word aspirant implies that someone inspires to something, but may not be able to become it.  Like someone wanting to lose weight. They aspire to lose 30 pounds, but do not have the proper discipline or will power to make it happen. That is why the person is on “probation.” Probation usually requires some level of supervision because the person is likely to not have the staying power to follow through with plans and intentions.

Also, the levels between that of the Aspirant and Probationary Disciple, involve a lot of discipline and purification of motive. The Chela in the Light stage often involves a mixed motive. We want to be spiritual, while making sure that all our personality needs for sex, power, money, maybe even fame are met as well. At the stages of Accepted Discipleship and Chela on the Thread we are busy cleaning all of these mixed motives up.  As the name implies the Accepted Disciple is much more disciplined and therefore effective in the world.  Solving the problems of humanity is not just an aspiration, or something you do so long as you get rewards (by becoming famous, making a lot of money, getting a lot of sexual favors). You work to solve the problems of humanity because it is what you must do even if it requires major sacrifices (including for some at these high levels, putting their lives on the line).

Many involved in solving these problems are also doing things that don’t seem particularly glamorous.  They may be scientists in labs who are rarely seen or appreciated. They may be ambassadors who work quietly behind the scenes to establish more harmonious human relations, or politicians who buck the system or manage to maintain a high ethical standard despite the pressures of corruption all around them.  They may be poets, artists, actors, musicians who stop pandering to the baser side of their professions and work instead to inspire and uplift the human race even if it is not profitable to do so.

And, as one comes closer and closer to being a Chela in the Aura, the everyday focus of one’s thoughts, words, and deeds is oriented towards solving the problems of humanity. In the Integral model some of this is referred to at their levels Teal and also Turquoise as one becomes increasingly capable of working with multiple perspectives, and becomes more effective.  The ability to practically solve the problems of humanity also involves : 1) a keen understanding of what those problems are; 2) an ability to be mostly free from glamours that cause emotional reactions and selfish desires to get into the mix;  3) the capacity to demonstrate a high capacity for service and sacrifice;  4) an ability to be effective in one’s service in the world; 5) an ability to remain free from corruption where one is laid low by the temptations of one’s ego.  In short, to be in the “aura” of a “Master” one needs to be like a “Master” and demonstrate on a daily basis a selfless motive, sacrificial spirit, inclusive heart, intelligent understanding of what is required to be of service in the world. No small feat!

So, what are some of the problems of humanity?  There are so many.  Here is a very short list.

How do you know what problem to take on?  For the most part it will be an inner calling of your own Soul or Spiritual Self that leads you in any particular direction. In the Alice Bailey model other factors like your type were said to influence this. Both the systems of the Seven Rays and of Esoteric Astrology were given to help you understand your type. In the Integral system, the role of type has been recently added in as well, especially using the Enneagram as a model. The Alice Bailey model also proposed Ten Seed Groups that one might align oneself with to help serve humanity.  These included some unusual categories such as “Telepathic Communicators”, which was a group meant to help increase telepathic rapport among human beings. In the 1930’s that might have sounded bizarre.  Now, as of 2017 we have had the advent of the “tele-graph”, “tele-vision”, and “tele-phone”, which you might say all are part of the “tele-pathic” communication seed group process.  Is tele-pathy next?  With cell phones dominant everywhere allowing humans to communication with each other through “thin air” being taken for granted, maybe telepathy is not so far out of reach.

In conclusion, what is involved as we get into higher levels that the Integral and Spiral Dynamics models have yet to attempt explaining?  Who can know for sure.  All I can say is that nearly 100 years ago the Alice Bailey model was put forward, and as we continue to examine it, the other models may have much to learn from her.

Copyright ©2018 by Lisa Love. All rights reserved. No part of this blog may be reproduced or transmitted in any form, or by any means, electronic or mechanical, including photocopy, recording, computer, or any information storage and retrieval system, without permission in writing from the author.